The BJP appears to have hit a wall when it comes to assembly elections. 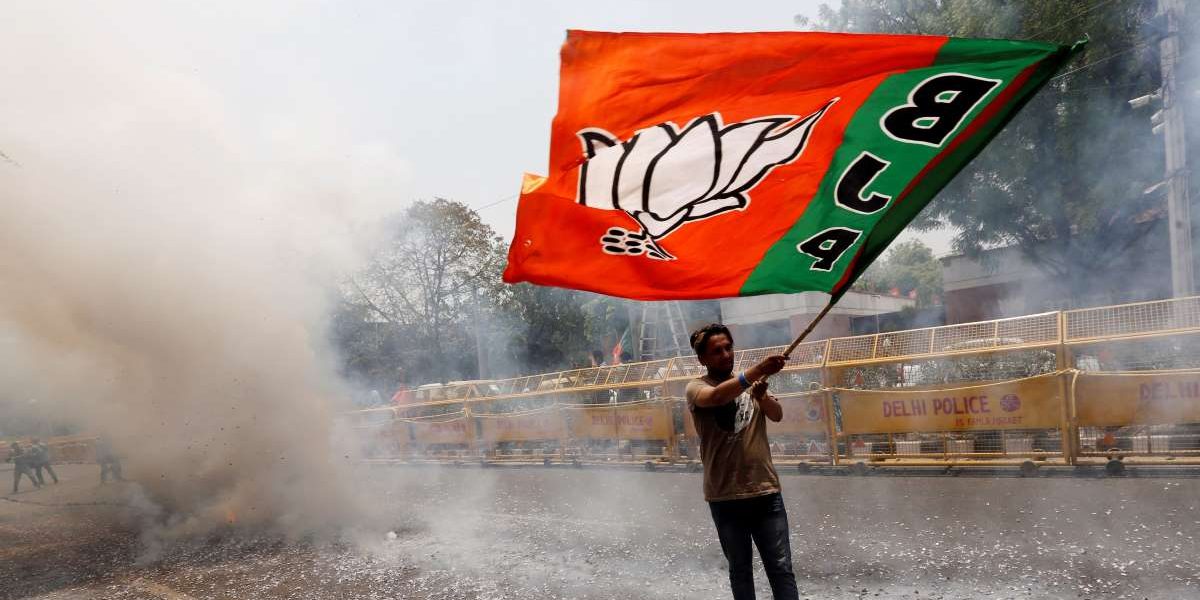 Soon after Narendra Modi stormed to power at the Centre in 2014, the Bharatiya Janata Party went on to post wins in the assembly elections of Haryana, Maharashtra and Jharkhand. Its victory march under the leadership of Modi and party president Amit Shah continued unabated – barring Delhi and Bihar – in many other states. By 2018, the BJP was in power in 21 states, either on its own or in an alliance with a regional party.

But that process came to a halt when the saffron party lost three crucial states in the Hindi heartland – Rajasthan, Madhya Pradesh and Chhattisgarh. In Karnataka, where it finished as the single-largest party, the Congress-Janata Dal (Secular)’s post-poll alliance prevented it from forming the government. However, the H.D. Kumaraswamy government toppled when more than 15 legislators from Congress and JD(S) joined the BJP, paving the way for another chief minister’s term for BJP’s B.S. Yeddiyurappa.

However, it appears that despite Modi’s emphatic victory in the 2019 parliamentary polls, the BJP has hit a wall when it comes to assembly elections. In Haryana, it had to depend on the newly-floated Jannayak Janata Party it fought against to form a majority government, while in Maharashtra it failed to reach an understanding with its oldest ally Shiv Sena, leading to its downfall.

BJP lost its grasp on Jharkhand too on December 23 with the Hemant Soren-led Jharkhand Mukti Morcha emerging as the single-largest party in the 81-seat assembly. Together with its Congress and RJD partners, the JMM will form the next government in the state.

With the BJP out of power in Jharkhand and Maharashtra, the Indian political map looks substantially different from what it was in, say, March 2018.

Currently, the BJP is in a position of majority only in Karnataka, Uttarakhand, Himachal Pradesh, Uttar Pradesh, Gujarat, Arunachal Pradesh and Tripura – which means even if any of its state allies deser it, the saffron party will be able to hold on to power. Apart from these eight states, the BJP is either entirely dependent on its allies to retain power or plays a junior partner to a regional ally: The partys heads alliance governments in Haryana, Assam and Manipur and is in the ruling coalition in Bihar, Meghalaya and Nagaland.

In 11 of the 16 states where it is in government, the assembly strength is less than 100 – so that may not figure in BJP’s list of big victories.

Here are the two maps side by side for an easy visual comparison: 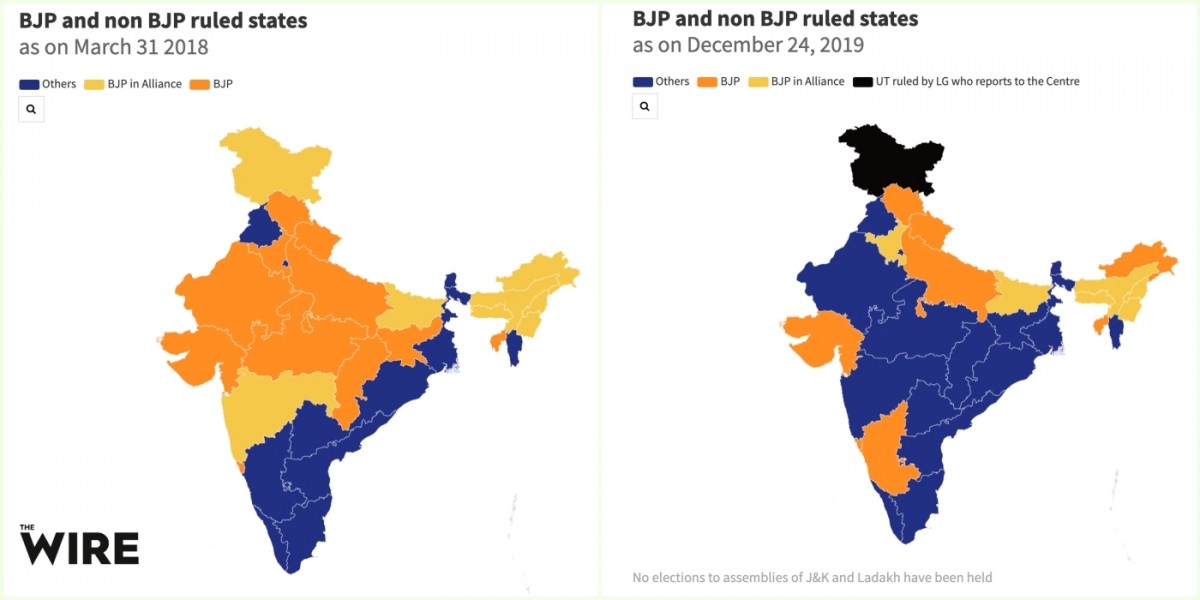 In less than two years, the saffron tide has receded across India, going by the control of state assemblies.

Exclusive: Pollution Norms – That All Power Plants Except Adani’s Were...