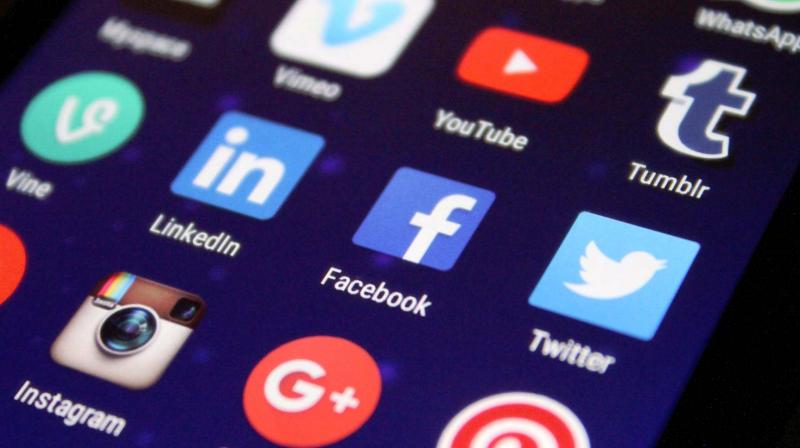 Report says presence of Dalits and tribals is too insignificant to make big difference overall.

Upper castes are nearly twice as likely to have high or moderate exposure to social media as Dalits and tribals.

Vijayawada: ‘Social Media & Political Behaviour,’ a report based on the survey conducted by Delhi-based Lokniti and Centre for the Study of Developing Societies (CSDS), in collaboration with the German political party foundation Konrad-Adenauer-Stiftung, suggests that the social media space has always been upper-caste dominated and continues to be so.

While 75 per cent tribals and 71 per cent Dalits were found to have no social media exposure whatsoever, the figure of no usage among upper castes was found to be relatively much less at 54 per cent.

Interestingly, as per the report, the Muslim community, a large section of which is said to be educationally and economically as backward as the Dalit and tribal communities, performs rather well when it comes to social media usage. The minority community’s exposure to social media was found to be second only to that of the Hindu upper castes. About one-fifth of Muslims were found to be exposed to social media either strongly or moderately, which is higher than the exposure recorded among Hindu OBCs.

“This overall pattern of upper castes being most frequent in social media usage followed by Muslims can in fact be seen across all social media platforms when we look at each of them individually. Upper castes are most likely to be highly active on Facebook, WhatsApp, YouTube, Twitter and Instagram compared to other communities and this has remained consistent for the last five years. Muslims have fared second best in this regard and Dalits and tribals the worst.

That being said, we also notice that the gap between upper castes and other communities when it comes to regular usage of certain social networking sites has reduced slightly over the years, indicating that certain social media spaces may be getting democratised and more representative, albeit very slowly. For instance, while, in 2014, Dalits and tribals were three times less likely to be frequent users of Facebook than upper castes, now they are less than two times less likely,” said the report. Overall, the entire process of democratisation of social media and social networking sites seems to be rather slow.

Forget Lutyens, the Gandhis Must Also Vacate the Congress Space

WHO Chief Scientist on...