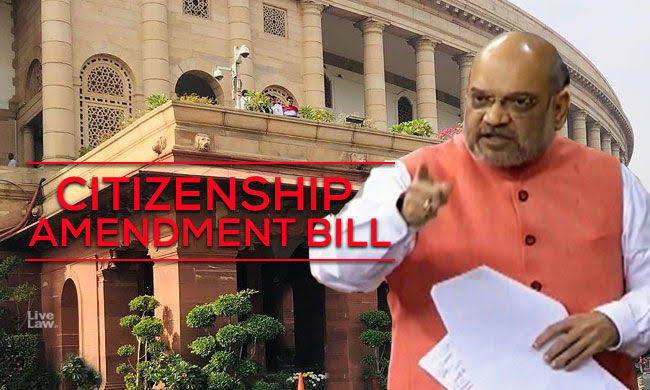 Shared identity is at the core of citizenship. The framers of our Constitution and those who enacted the Citizenship Act in 1955 believed in citizenship as a unifying idea. Today, citizenship is being used to divide people and treat people of certain religious persuasion as inferior.

The year was 2013. I was travelling in China, when a taxi driver there posed a question to me: Why are there so few Buddhists in India? The fact is we did persecute Buddhists in India. Religious persecution has always been there and all religions are guilty of it. The Narendra Modi government is, therefore, right in recognising religious persecution. But the solution it presents to the problem is not only unconstitutional but dangerous. It will surely damage India’s standing in the comity of nations.

The Citizenship Amendment Bill (CAB) is more in tune with the Israeli law of return that treats Israel as the natural home of all Jews. Ideally, we should say anyone persecuted anywhere in the world, on the ground of religion or political opinion, would be welcome in India.

Shared identity is at the core of citizenship. The framers of our Constitution and those who enacted the Citizenship Act in 1955 believed in citizenship as a unifying idea. Today, citizenship is being used to divide people and treat people of certain religious persuasion as inferior. The majoritarian politics is divisive as it distinguishes Indic faiths from those that originated outside India and says the latter cannot have any sacred places of worship in India. Now, through the CAB, we are creating divisions between Abrahamic religions by including Christians in the Bill but excluding Jews and Muslims. The Bill also ignores atheists.

The citizenship law was amended in 1986 due to the Assam Accord and in 2003, because of the BJP’s opposition to illegal migrants. Unlike the original Citizenship Act that gave citizenship on the principle of jus soli (everyone born in India), the 1986 amendment was less inclusive as it added the condition that in addition to one’s own birth in India, one can get citizenship only if either of the applicant’s parents happened to be an Indian citizen at the time of birth. The 2003 amendment by the Vajpayee government made the law even more stringent. Now, the law requires that in addition to the fact of birth, either both the parents should be Indian citizens or one parent has to be an Indian citizen and the other not an illegal migrant.

The Assam NRC has busted the narrative of several million Bangladeshis illegally staying in India. Rs 1,600 crore was spent on the NRC, which brought Assam to a standstill for five years. BJP leader Himanta Biswa Sarma has rejected the final NRC and wants it to be undertaken again with the national NRC. It seems most of the 1.9 million excluded from the NRC are non-Muslims. Clearly, the CAB is nothing but a face-saver for the BJP. But like the flawed NRC, it too is not going to give the desired results, either in terms of deportation or denial of citizenship to one particular community.

Moreover, the CAB will put even non-Muslim citizens under severe hardship as those who were till now asserting that they are Indian citizens will now have to prove that they, in fact, came from these three countries.

The CAB is against five of the BJP’s primary positions. First, the BJP manifesto for the 2016 Assam assembly election had promised honouring the Assam Accord in letter and spirit. Second, it had been advocating that the cut-off date should be July 19, 1948 not March 25, 1971. The new Bill has brought forward the cut-off date to December 31, 2014. Third, though the BJP has been using all kinds of adjectives against illegal migrants, the CAB deems such illegal migrants as citizens and abates all proceedings against them under the Foreigners’ Act, 1946.

Fourth, the argument that refugees or illegal migrants are a burden on national resources does not stand any longer. Fifth, the Statement of Objects & Reasons to the Bill takes strong exception of a “particular religion” being declared as state religion in Afghanistan, Pakistan and Bangladesh. Does that mean the Hindu right no longer wants to make India a Hindu rashtra?

E P Royappa (1973) observed that “equality is a dynamic concept with many aspects and dimensions and it cannot be ‘cribbed, cabined and confined’ within the traditional and doctrinaire limits. From the positivistic point of view, equality is antithetic to arbitrariness. In fact, equality and arbitrariness are sworn enemies… Where an act is arbitrary, it is implicit that it is unequal both according to political logic and constitutional law and is therefore violative of Article 14.”

Finally, if those who support the CAB think the Bill would be able to take away the citizenship of billions of Muslims, they are wrong: The CAB would apply to only Muslims who have migrated from Pakistan, Bangladesh and Afghanistan. Moreover, citizenship once conferred cannot be retrospectively revoked.

The Bill is unnecessary. If we care for refugees, India should sign the Refugee Convention and make illegal migrants eligible for citizenship.

Keeping poor safe in lockdown is state responsibility, not an act of charity

Is the National Lockdown in India Constitutionally Valid?