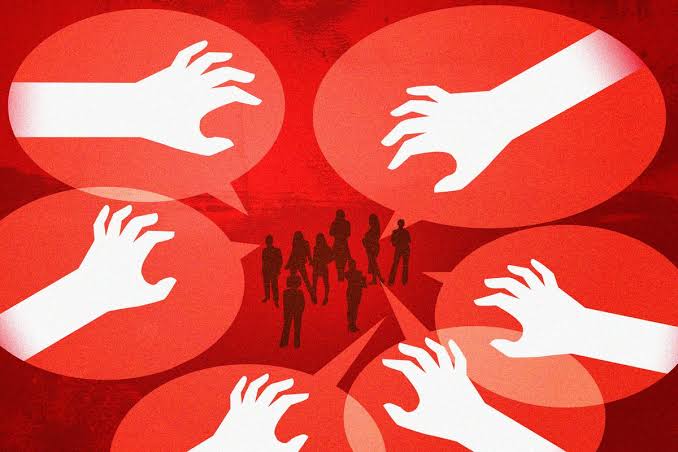 Last week’s rape and murder in Hyderabad has again brought the issue of sexual assault into prominence. At the core of many recent discussions on it is the widespread belief that severe and immediate punishment will eliminate the problem. According to Mohd Zahir Khan, former professor of social work at Jamia Millia Islamia University, who also served as a professor of criminology at the National Institute of Criminology, New Delhi, the focus of all these discussions is an over-reliance on the law to solve what is essentially a social problem. The existing tendency is to act after the occurrence of a crime, instead of being proactive in preventing it.

There are many significant missing pieces in finding effective solutions to the problem. Sherry Hamby, editor of Psychology Of Violence, has said: “If you don’t really understand perpetrators, you’re never going to understand sexual violence.” Why do men rape? Is it a well-entrenched behavioural trait or is it a one-off crime? What are the myths that perpetuate such behaviour?

The article, “The Search for Rapists’ “Real” Motives”, by David P. Bryden and Maren M. Grier in the Journal Of Criminal Law And Criminology, offers an excellent compilation of all the major studies done over the years to understand the motives of perpetrators. Most of the early analysis of the causes of rape came from psychoanalysts. They attributed the tendency to rape to wrong parenting and many childhood behaviour disorders. Many of the conclusions of psychoanalysts, however, never really stood the test of scientific scrutiny.

In the 1970s, feminists came up with other theories of why rapes happen. Soon, they replaced psychologists as the ultimate experts on the issue. Feminists believe that rape is not the result of any sexual deviance caused by behavioural traumas in childhood. They believe it is an act of domination, an instrument that is used by the patriarchy to hurt, humiliate or degrade women. Susan BrownMiller, in her book, Against Our Will: Men, Women And Rape, said that women have been raped by men for many years for the same reasons that African-Americans were lynched by gangs of Caucasians—for failing to recognize their “place in society” as assigned by supremacists. But there is not enough evidence to show that the women who have been raped were demanding a higher status. Most victims of rape are hapless individuals.

In the book, A Natural History Of Rape: Biological Bases Of Sexual Coercion, biologist Randy Thornhill and anthropologist Craig Palmer tried to present an evolutionary explanation of rape. They assumed that rapists seek sexual gratification. They contended that the views of feminists on non-sexual motivations were “political”.

The numerous studies that have been done so far have not been able to conclusively arrive at any core motivation for rape. The central question of whether rapists are primarily motivated by sexual desire, sexual aggression, or by the ulterior aim of subjugating women has still not been conclusively settled.

Most studies on rape perpetrators have a major flaw. The sample for most of these studies comprised those who were convicted of the crime. These convicts do not represent the larger universe of rapists. More than 90% of rapes are committed by acquaintances, persons who are known to the victim. For various reasons, almost all rapes by acquaintances go unreported. More than 80% of convicted rapists have been described as strangers by their victims. Which means the real world of the rape perpetrator, the uncle who rapes his niece, the father who rapes his daughter, is a black box that provides us very little information.

There are many myths that are propagated in society that allow the rape perpetrator to justify his action and even blame the victim for the incident. Outrageous myths, such as a woman’s “no” means “yes”, or the dress of a woman provokes men to commit the crime, or that women enjoy rape, have been propagated through folk stories, movies and, more recently, through ubiquitous pornography.

These absurd notions are held not just by many a man on the street, but even by elements of law enforcement agencies and the judiciary. True rape, many seem to think, is always done by a stranger, the victim will always fight the attacker, and so the victim should have bruises, should have shouted for help. Some think that if the victim was raped several times before complaining, the compliant is not genuine, or if there is a long delay between the crime and the filing of a complaint, the complainant has ulterior motives; or that non-consensual sexual acts by a husband is not rape. These are only a few of the many myths held even by law-enforcement personnel.

Immediately after a rape incident, a form of “Macbeth effect”—the tendency of a victim to cleanse herself of the “impurity”—is observed to set in. During an attack, the victim’s mind is not just under severe stress, but in a heightened fight-flight-freeze mode, which makes it difficult to coherently record memories of it.

In many cases, the perpetrator is someone related to the family. It is very difficult to convince even close family members, leave alone police personnel, of the crime. Law enforcement agencies that focus on tangible evidence and the consistency of the victim’s narrative have not understood the behavioural peculiarities associated with this particular crime. This lack of understanding is also one of the major causes of the very low reporting and low conviction rates in such cases.

The discovery of germs, the root cause of many diseases, led to the discovery of antibiotics, a pharmaceutical solution that has saved millions of lives. Similarly, to eradicate the problem of rape, we need to develop a far deeper understanding of the behavioural and contextual factors that lead the perpetrator to this heinous crime. We also need to empathize with the behaviour of a rape victim. In these new understandings do solutions to the problem lie.

In Mumbai, the Fundamental Right to Show Dissent Has Been Violated for 30 Years

Punjab: Dalit Labourer From Sangrur Dies After Being Brutally Beaten

Love for Constitution and...