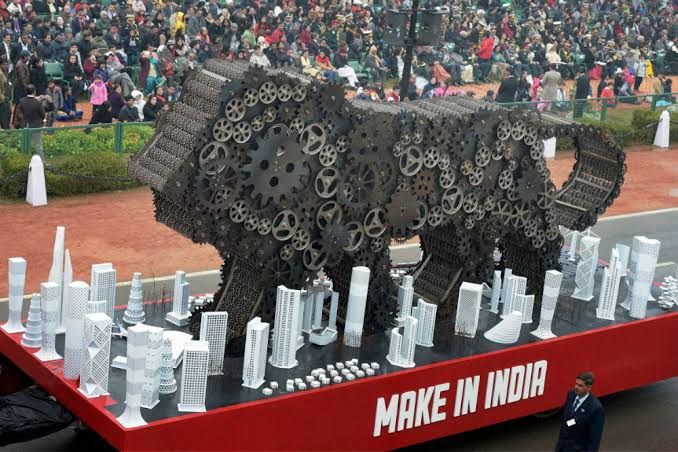 Since 2017, six major Make in India projects have been stuck in bureaucratic bottlenecks and long-winded procedures that have prevented their launch.

New Delhi: None of the major ‘Make in India’ projects in defence manufacturing have actually taken off in the last six years, according to a report in the Times of India.

Most of the projects currently pending include new-generation stealth submarines, minesweepers and light utility helicopters, as well as infantry combat vehicles, transport aircraft and fighter jets. They are collectively worth over Rs 3.5 lakh crore. However, these projects are still stuck in the pipeline and the final contracts to launch production have still not been inked.

According to the report, the relatively new project to jointly produce Kalashnikov AK 203 assault rifles at a factory in Amethi, is poised to kick off first.

Since 2017, six major Make in India projects have been stuck in bureaucratic bottlenecks and long-winded procedures that have prevented their launch.

Some of the projects include the project with Russia to jointly produce 200 Kamov Ka-226T light multipurpose helicopters for the Indian Army and Indian Air Force to replace the Chetak chopper fleets.

According to the Ministry for Defence, several measures – like revising the Defence Procurement Procedure (DPP) and FDI policy; simplifying procedures and offset guidelines; notification of the “strategic partnership (SP)” model; and the decision to set up two defence industrial corridors in Tamil Nadu and UP – have been adopted to encourage indigenous defence manufacture.

A senior official told TOI that “There is a big push to boost indigenous defence production but it will take time to fructify on the ground. Some projects are about to take off. The contract for the AK-203 rifles should be inked by early next year after some delay since the JV with Russia was set up”.

“Similarly, it took a long time to conclude the price negotiations for the Tata-Airbus project to make 56 C-295 aircraft because it was a single-vendor situation but the case will now go to the Cabinet Committee on Security for clearance,” the official added.

Many observers have also argued that the “strategic partnership (SP)” model to enhance the role of Indian companies in the manufacture of new-generation weapon systems in collaboration with global armament majors has only added delays in executing projects.

Under the SP model, six new stealth diesel-electric submarines for the Navy, which were first approved in November 2007 at a cost of over Rs 50,000 crore, are also nowhere near finalisation.

For 15 years, the armed forces have demanded the replacement of the obsolete single-engine Cheetah and Chetak fleets which have a high crash rate and serviceability problems.

India’s attempts to procure 197 twin-engine light utility choppers from abroad have been scrapped three times over the last decade due to corruption allegations and technical deviations.