Desi Disa – Bahul Bahujan Voice
Home Childrens Indian states are failing to help mothers – and UP is the... 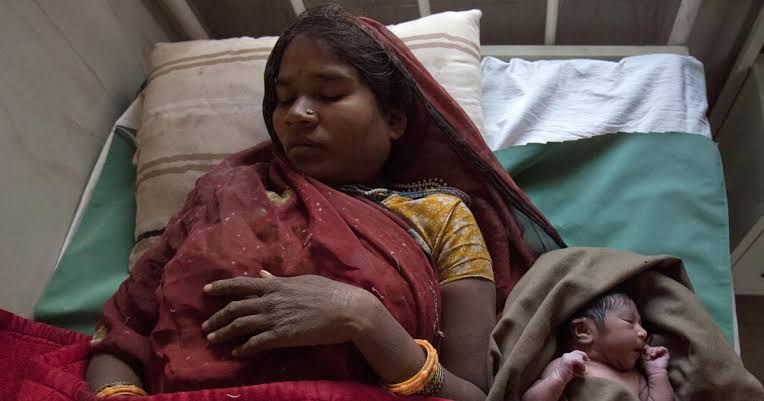 Pregnant and nursing women in rural India have poor health, lack nutritious food, get little rest and are not getting the benefits of a new government scheme.

Indian states are severely neglecting the health of pregnant and lactating rural women, and Uttar Pradesh is the poorest performer.

A new survey of 706 pregnant and nursing women in Jharkhand, Uttar Pradesh, Madhya Pradesh, Chhattisgarh, Odisha and Himachal Pradesh found that most women had poor access to healthcare, got very little rest and were not able to eat nutritious food during pregnancy.

Uttar Pradesh fared the poorest on most of these parameters, along with Madhya Pradesh and Jharkhand.

The Pradhan Mantri Matru Vandana Yojana – a central government scheme for pregnant women – has also been poorly implemented across these states, with an average of 23% of women receiving benefits under the scheme.

Called the “Jaccha-Baccha” or mother-child survey, the study was conducted in June 2019 by student volunteers led by economists Reetika Khera and Jean Dreze, and social scientist Anmol Somanchi. The researchers aimed to uncover the “hidden ordeal” of rural women when they get pregnant and give birth. Selecting one focus district in each of the six states surveyed, the researchers interviewed 342 pregnant women and 364 nursing women in more than 60 anganwadis.

Nutritious food – a basic requirement for maternal health – was a struggle for most of the women interviewed in the Jaccha-Baccha survey. Just 31% of the nursing women said they had eaten more nutritious food than usual during their pregnancy. In Uttar Pradesh, this figure fell to barely 12%.

Under the National Food Security Act of 2013, pregnant and lactating women are supposed to be given cooked meals at their local anganwadis or creches, along with iron or folic acid tablets and other food supplements. In Uttar Pradesh, however, researches found the state of anganwadis to be dismal. All the surveyed anganwadis in the state were closed during the school holidays, with no food being cooked for pregnant women or young children. Women with low Body Mass Index should ideally gain between 13 to 18 kg of weight during pregnancy. But the average weight gain in the entire sample population was barely 7 kg, and in Uttar Pradesh it was as low as 4 kg. In Himachal Pradesh, the average weight gain was much better at 11 kg, but still below the optimal weight required. Uttar Pradesh and Madhya Pradesh also fared extremely poorly when it came to pregnant women getting adequate rest. More than half the women in these states said they did not get enough rest. Across the states, all the pregnant and nursing women claimed they had done household work regularly during their last pregnancy, and at least 21% said they did not have anyone to help them with their chores. A fifth of the nursing women said they had to work on their family farms during their pregnancy. Sixty-three per cent said they had worked right up to the last day of their pregnancy. Meanwhile, Himachal Pradesh fared better than all the other states on most of the parameters studied in the survey, with women in that state benefiting from better living conditions, better public services and higher education levels. Odisha fared well too, with women additionally benefiting from the state-level Mamata scheme that has been fairly well implemented.

All rural women are entitled to free deliveries at public health centres. But the Jaccha-Baccha survey found that even though ambulance use and institutional deliveries are common, this does not usually come free. On an average, the study found that families spent an average of Rs 6,500 at the time of delivery, which was often as much as the family’s monthly income.

Under the National Food Security Act, all pregnant women are entitled to a monetary benefit of Rs 6,000 per child to ensure financial assistance for maternal health. The central government neglected the implementation of this provision since the Act came into force in 2013, and in 2017, the Bharatiya Janata Party government introduced a new scheme – the Pradhan Mantri Matru Vandana Yojana – which violated the NFSA by providing for a maternity benefit of only Rs 5,000. This amount, too, is granted only for a woman’s “first living child”, and not for any other children she may have. One of the main reasons for the poor coverage of the PMMVY is the dauting application process. A pregnant woman has to fill in a long, 23-page form to receive each of the three instalments, and have to depend on anganwadi workers to submit the forms online. The online forms are often rejected because of reasons such as inconsistencies between Aadhaar card and pass book details and other Aadhaar-related problems. Often, payments are diverted to the wrong person’s account.

In Bijnor, Children Give Harrowing Accounts of Beating by UP Police After CAA Protest

If states consider an order to be against Constitution, they can’t be obliged to act upon it