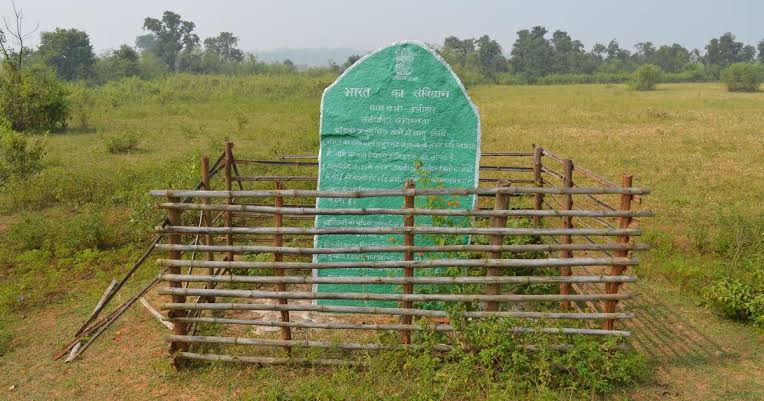 Called the Pathalgadi (“stone laying”) movement, Adivasis in the Jharkhand district of Khunti have, since 2017, used this strategy to highlight the special autonomy granted to tribal areas under the Fifth Schedule of the Indian Constitution. The response to this was stunning. As Scroll.in has reported, the Jharkhand police responded to this by accusing at least 10,000 people of sedition – possibly the single largest crackdown of its kind in the history of independent India. Congress leader Rahul Gandhi cited Scroll.in’s report to say the mass bookings for sedition “should have shocked the conscience of our nation”.

Commenting on the surreal act of sedition for putting up portions of the Constitution, Dayamani Barla, in an interview to Scroll.in, said that Adivasis always had struggle to demand their rights, but now the space for dissent was shrinking even further. This, she warned, could lead to a loss of faith in democracy.

Jaipal Singh, the principal spokesperson of Adivasi interests in the Constituent Assembly in the 1940s, had initially proposed a system that would give significant powers to tribal councils in Adivasi areas, bypassing state governments as well as the Centre. These powers were to be placed in the Fifth Schedule of the Constitution.

However, right from the start, this endeavor was marked by dishonesty. The actual Fifth Schedule introduced in the Constituent Assembly was a significantly watered-down version of what Singh had suggested. Moreover, amendments moved by Singh were shot down. In the end, the Fifth Schedule as it was passed gave substantial powers to state governments over Adivasi areas.

Moreover, even the watered-down powers of the Fifth Schedule were never implemented. The governor of a state could, in consultation with the state’s Tribal Advisory Council, make laws for Adivasi areas. But governors have rarely used these powers. Although the Tribal Advisory Councils were originally designed to take power away from the state government, in many states, the council is headed by the chief minister himself, leading to a conflict of interest.

To add to this, the Indian state has often used excessive force in Adivasi areas, especially when combating left-wing extremism. “It [the use of force] is the state’s well planned war against the Adivasis for mineral resources,” argued Adivasi rights activist Gladson Dungdung.

All of this means India’s tribals live in shocking poverty. As many as 45.9% of tribals fall into India’s lowest wealth bracket. The figure for the next poorest group, Dalits, is 26.6%. Child mortality amongst tribal populations is nearly double the India average and one of the highest of any population group in the world, with 3.6% of Adivasi children never reaching their 14th birthday.

At the start of the Constituent Assembly, Jaipal Singh addressed the house as a “jungli, as an adibasi”, narrating how tribal history was “one of continuous exploitation and dispossession by the non-aboriginals of India punctuated by rebellions and disorder”. Yet, Singh was full of optimism. “I take you all at your word that now we are going to start a new chapter, a new chapter of independent India where there is equality of opportunity, where no one would be neglected,” he said.

It is clear that in the seven decades since Singh expressed this hope, independent India has belied it.

Murder in the Media Room: Part 1

Tamil Nadu survivors recall the morning of horror that claimed 8000...