Desi Disa – Bahul Bahujan Voice
Home AGRICULTURE Up in Arms: A look at protests that rocked India in 2019 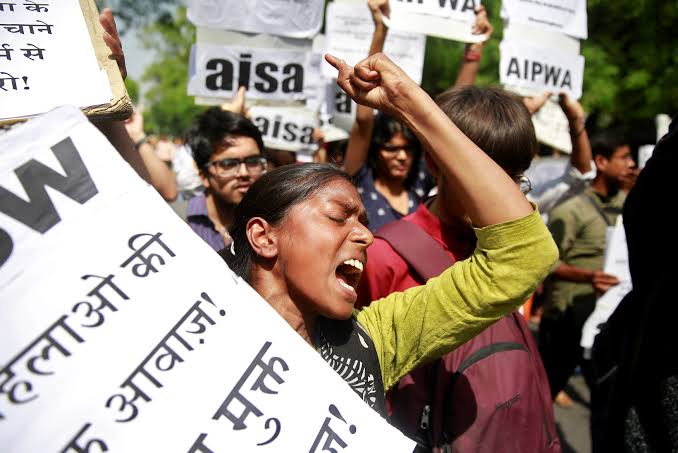 India, the world’s largest democracy has seen many memorable protests this year. Not just in the winter, the protests throughout the country have sent shivers down the Bharatiya Janata Party’s (BJP) spine since the beginning of 2019. Everyone from the fisher folk to the forest dwellers to the students to the urban middle class have felt betrayed by the government and its inaction in key matters.

From Kashmir to Tamil Nadu, from Assam to Karnataka, and from Delhi to West Bengal, agitations against various issues have erupted throughout the country. As we wrap up the year, we’d like to bring to you some of the most important causes we Indians stood for in 2019. 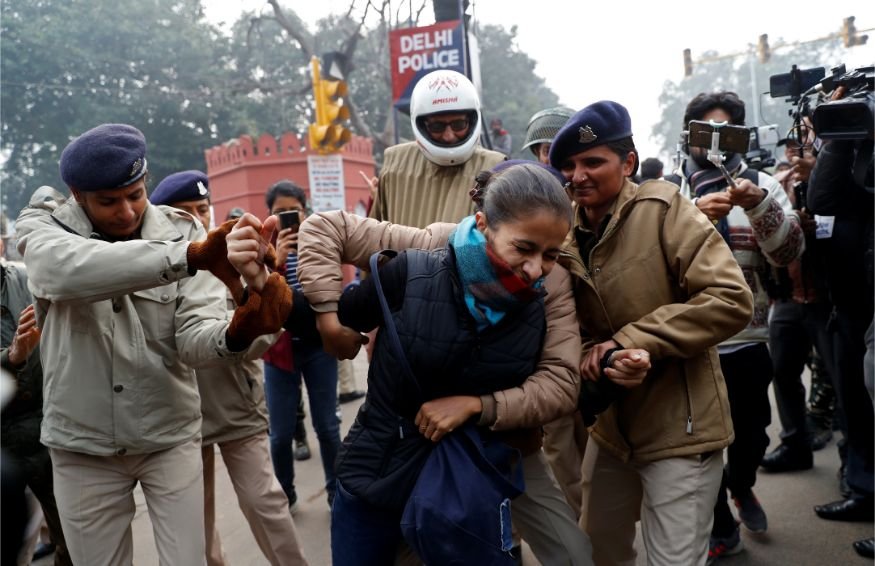 The government, when it announced its decision to implement the CAA, did not in its wildest dreams anticipate that it would cause such a stir in the country. Starting with Assam, the agitation spread to Delhi and then through the nation, where students came to the fore to oppose the Act that discriminated on religious grounds. While some protests went by peacefully, the massive police force used against students and civilians to quell dissent, especially in BJP ruled states, only made the country come closer to fight the unconstitutional Act. 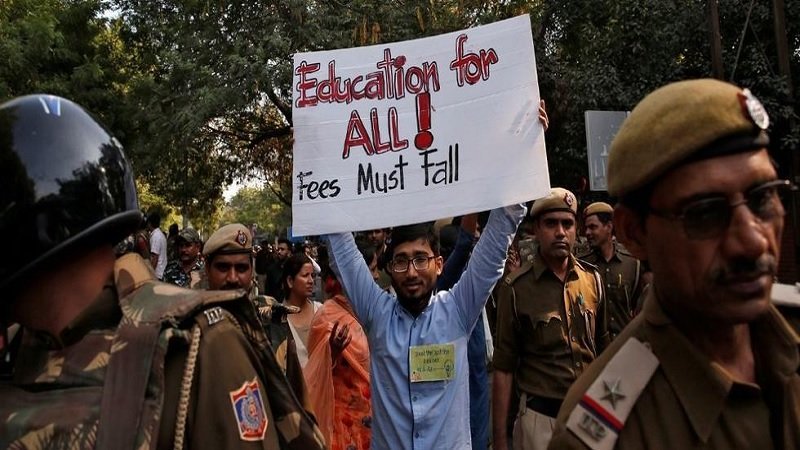 2019 has been a tough year for students. Not only did they pick up the charge of the anti-CAA protests, but another cause they are still fighting for is the cause of quality and affordable education for all. Fee hikes were announced in different public universities, but the resistance was most visible from the students of the Jawaharlal Nehru University (JNU) and Indian Institute of Technology (IITs) who faced the ire of the state police and the government while they stood up against the slow privatization of educational institutions and the threat of denying education to those who wanted it the most.

Teachers stand up for their rights 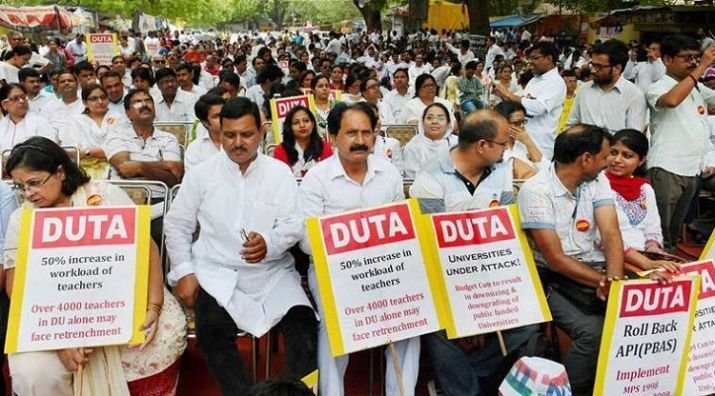 In 2019, the teachers from various organizations too got the short end of the stick from the public administration. While ad-hoc teachers at the Delhi University fought for their rights to be made permanent after loyally serving the University for years, over 40,000 teachers in Karnataka fought for their rightful dues that they hadn’t been paid in months. Elementary education teachers stood up in unity when they found out that they were going to be stripped off their titles with the government arbitrarily deciding that their degrees were no more valid. For jobs, pay and respect, teachers throughout the country came as one to demand what they deserved. 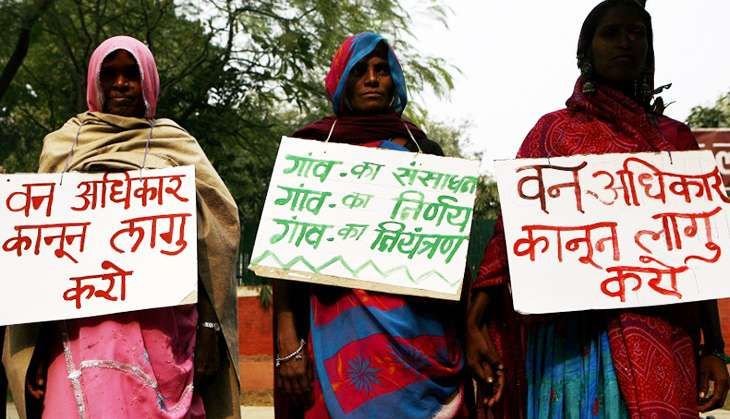 From Odisha to Chhattisgarh to Maharashtra to Madhya Pradesh, thousands of Adivasis and forest dwellers appealed for their rights to natural resources to be recognized by the State. Activist groups supporting tribal communities brought people together to protest the violations of their people’s rights and the dilution of the Forest Rights Act. Forest dwellers have, for a very long time, faced eillegal victions from their habitat that they respect and preserve. This year, calling for protests against illegal mining, tree felling and evictions they stood in unity to protect their jal, jungle and zameen. 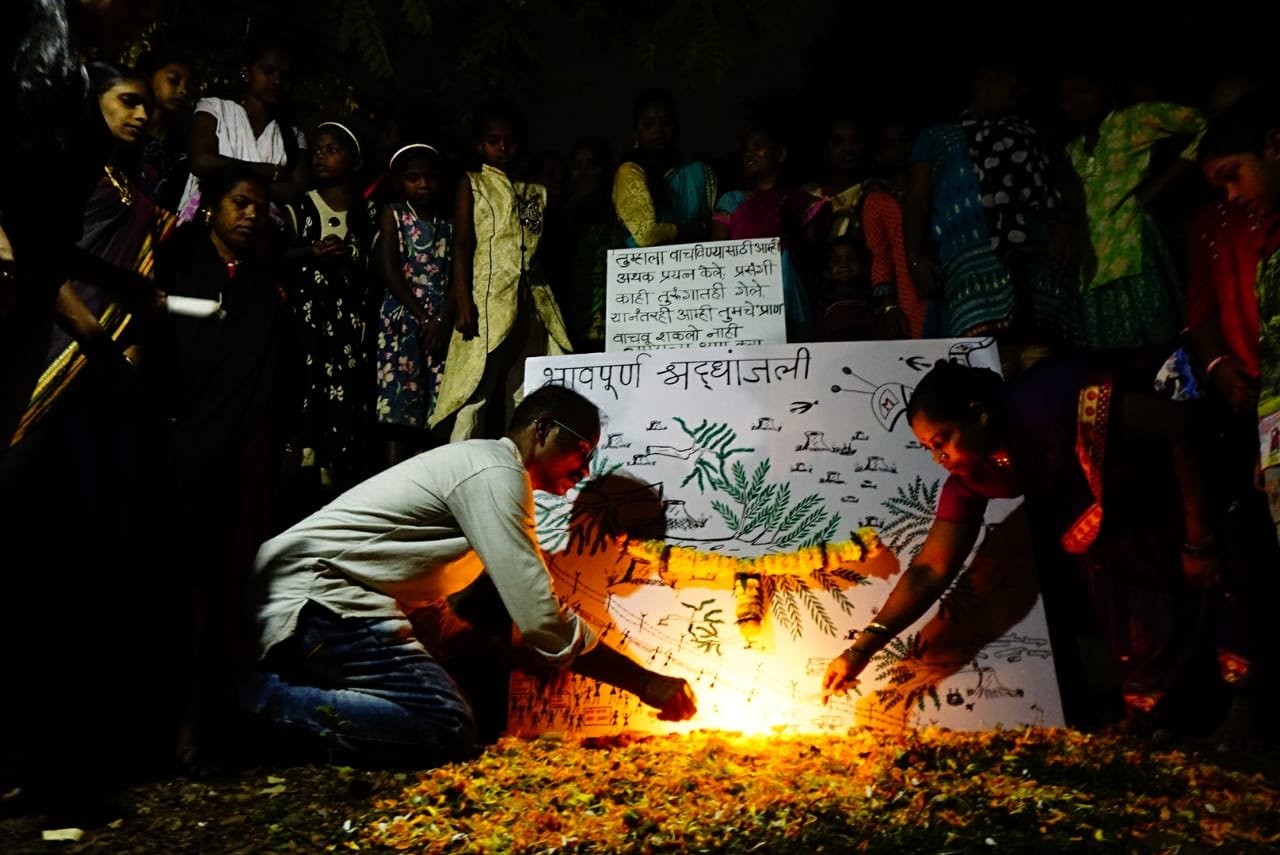 This year, Mumbaikars came together to save their most prized possession, the lungs of the city – the vast cover of trees in the Aarey Colony. The BJP government had felled more than 2,700 trees in the dead of the night amid heavy protests, for the construction of a car shed for the Metro Rail project. This, just hours after the Supreme Court had disposed of all petitions pertaining to the ‘Save Aarey’ issue. FIRs were filed against protestors, who were then dragged to police stations and courts. Meanwhile, the Adivasis of Aarey, sorry for the fate that nature had to suffer at the hands of the state, asked for forgiveness from the trees they could not save. 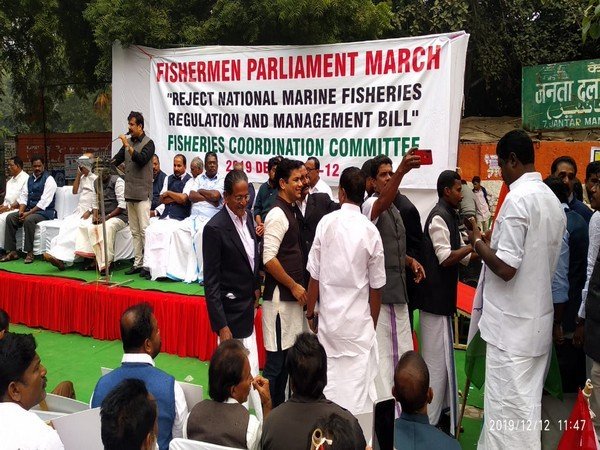 At the start of the year, the fisher folk of India came together to oppose the new Coastal Regulation Zone (CRZ) Notification issued by the Government of India which stood to drastically dilute the provisions for protecting the coastal ecosystem. Later in the year, they again arose in unity against the National Marine Fisheries (Regulation and Management) Bill that was seen as a step to privatize the fishing industry, affecting thousands of traditional fishermen while allegedly supporting corporate entities.

The agitation for the protection and rights of women 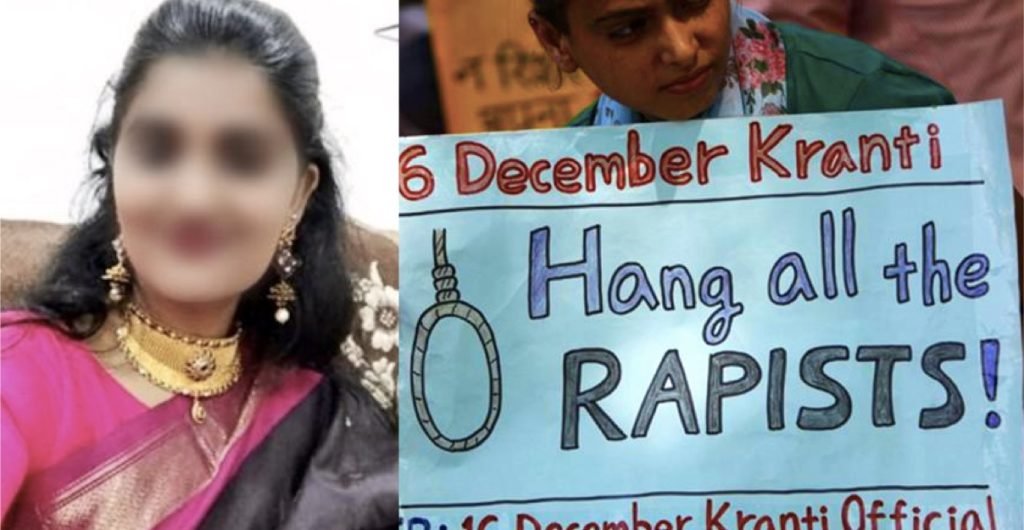 From Sultanpur, to Unnao, to Hyderabad, the year 2019 was not a good year for the women of India. With some rape accused roaming free with impunity, some women in India – from young girls to the women from marginalized communities, were brutalized, with at least two instances of rape survivors being burnt by the accused who had been let out on bail. To reject the culture of misogyny and make public spaces safer, the women in India voiced their displeasure against the inefficiency of the police and the judiciary. They also voiced their displeasure at insensitive media coverage and unnecessary communalization of cases of sexual assault. 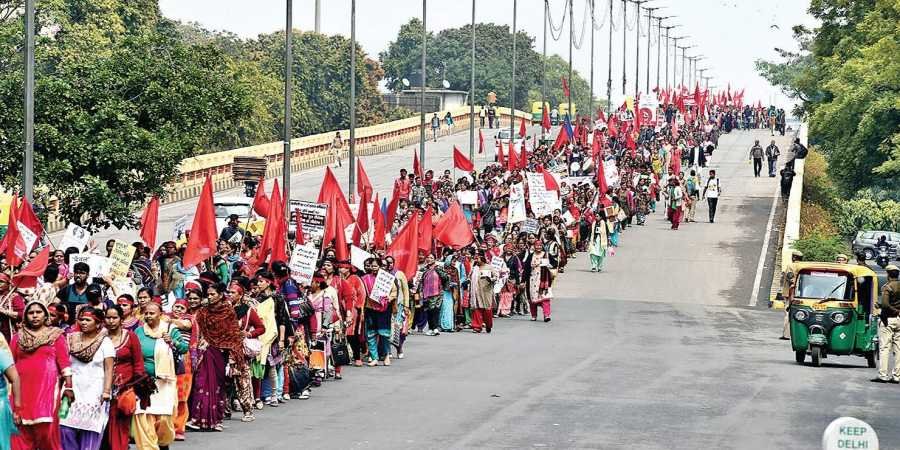 In 2019, a sea of red flags took over various cities of the country, with various workers coming together to fight for their rights. From anganwadi workers to mid-day meal workers and workers from different sectors like the automobile, electronic, garment, pharmaceuticals and other sectors rallied in over 20 states of the country against pitiable pay and working conditions, oppressive labour laws and attempts to privatize the public sector. 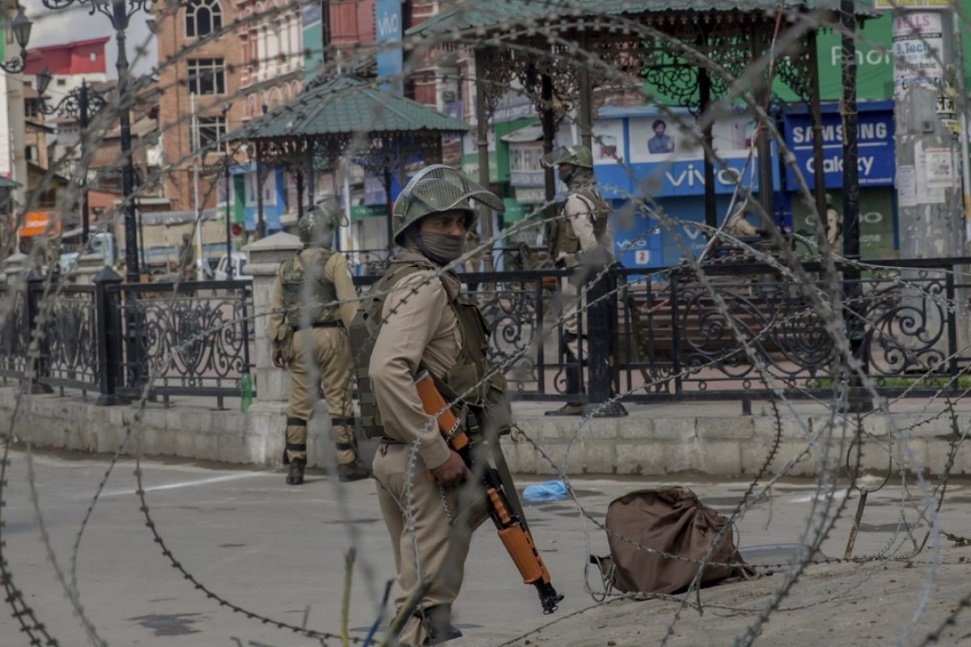 In the wake of the abrogation of Article 370, the people of Kashmir started a new civil disobedience movement against the forces of oppression. Kashmir had been plunged into darkness and fear with their basic human rights rescinded, but instead of fighting back, they chose to respond with a non-violent protest. The Kashmiris chose to shut their shops and establishments to defy the military and register their protest. 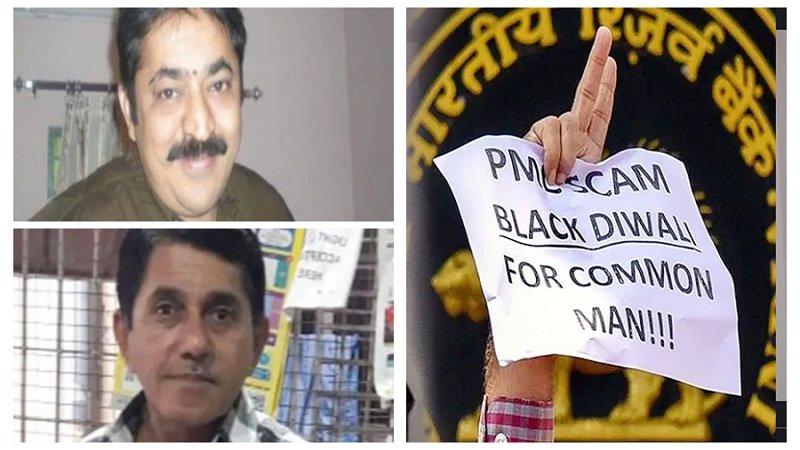 In September 2019, the Reserve Bank of India (RBI) had imposed restrictions on the Punjab and Maharashtra Cooperative (PMC) Bank citing “major financial irregularities, failure of internal control and systems of the bank and wrong/under-reporting of its exposures under various Off-site Surveillance reports”. What ensued was widespread customer distress with none of them being able to withdraw their lifesavings from the bank due to the imposed restrictions. More than 5 people lost their lives due to the emotional and financial stress that they underwent due to the fault of the bank’s management in a bid to keep up their image. Today, on the last day of the year, the problems of the depositors have still not been solved and their hard-earned money is still locked in with no end of their problems in sight.

The protests that have taken place in India in the year 2019, show that it isn’t just one community that has been affected by the decisions and policies of the government. People from all spheres of life have been made to bear the brunt of the one-sided decisions and have now risen in dissent against the same. Though the continued protests show the inefficiency of the government to placate the fears of the citizens of the country, the fight of the people shows their commitment to maintain the nature of a democracy in the light of most of their protests being disregarded.

When It Comes to Dalit and Tribal Rights, the Judiciary in India Just Does Not Get It