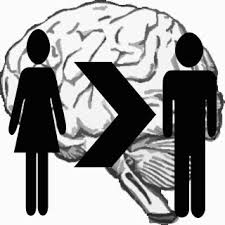 It seems Indian men have lost the capacity to be creative, that is, to do original thinking, to throw fresh ideas, to think out of the box. During the last few decades no fresh or original idea seems to have come from Indian men. One cannot think of any original or creative mind after JP. By comparison women like Medha Patkar, Aruna Roy, Sunita Narain, Mahashweta Devi etc. have broken fresh ground in their respective fields.

Maybe since men have been the top dog, the ruling ‘class’ for ages, they have developed a vested interest in the status quo. Indian women, on the other hand, have been the oppressed class/gender for God knows how long. To think and act off the beaten track is perhaps an existential necessity for them. Hence they are in a better position to understand the oppressive nature of the status quo—of the prevailing socio-political structures that exploit the most economically backward sections of society like the tribals and at the same time damage the environment. Medha Patkar’s struggle and her Narmada Bacho Andolan must be seen in this light.

Medha Patkar’s Narmada andolan puts a question-mark before the capitalistic concept of development which is completely indifferent to the question as to who benefits from this development or at whose cost this development takes place. The cost that the most vulnerable segment of society like the adivasis have to pay; they are uprooted as a consequence from their moorings and are packed off with a pittance by way of compensation.

Again, it was a woman called Aruna Roy who deeply felt the shortcomings and inade-quacies of our democratic system. And in order to make it more substantive and transparent, she came up with the idea of the Right to Information Act which makes it mandatory for the Central and State governments to release information demanded by a concerned citizen. No Indian male had thought of that. The Right to Information Act is little short of a milestone. A massive step towards making our democracy real for the Act seems to have provided flesh and blood to Indian democracy.

We have also had great women writers in our times. Krishna Sobti in Hindi, Pratibha Roy in Oriya, Ashapurna Devi in Bengali and Indira Goswami in Assamese. But there is something very speical about Mahashweta Devi who not only writes about the tribals but has lived like one. In her case living and writing have become one. The distinction between reflection and praxis has disappeared altogether. How many male writers in India have gone that far?

The kind of ability I am talking about is not a matter of intelligence or empathy alone. Surely they are important but they must be backed by courage. That is what makes for praxis. And it is praxis that distinguishes these women and accounts for their success.

In the case of somebody like Sunita Narain, the environmentalist, and her crusade against multinational giants like Coca Cola and Pepsi, what strikes an observer is her extraordinary guts. Sunita Narain, on the strength of her hard work and moral commitment, bluntly pointed out that there were impurities in the beverages of these companies and they had no right to sell their stuff in the Indian market. Suddenly these American behemoths—the darlings of our Anglicised elite—were placed on the backfoot.

And finally a word about Arundhati Roy. The celebrated author of God of Small things has emerged as the most potent voice of dissent in contemporary India somewhat in the vintage tradition of Jayaprakash Narayan. Arundhati is a rare combination of intellectual brilliance and moral courage. In recent times when dissent has come to be viewed as a crime and a dissenter is branded an anti-national, we certainly need someone like Arundhati Roy who has the guts and the stature to take on people in authority both within India and abroad. (One only hopes that in her over-enthusiasm she would avoid indiscretions like sharing stage with the pro-Pakistani extremist like Geelani.) She could well become a source of inspiration for the young Indians who aspire to live with dignity and without fear.

To conclude, these women—Medha Patkar, Aruna Roy and others—were able to break fresh ground because their work was a product of their deepest convictions. It was not a nine-to-five job; they went the whole hog. It seems for most men today in the social and political spheres, their work seems to be just a job. The manner in which the so-called secular politicians abandoned their principles and ideals and were quite content to be the B teams of the BJP for immediate electoral gains was a humiliating spectacle. It seems Indian politics is craving for redemption at the hands of some of these wonderful women.

The author retired as a Reader in English from Rajdhani College, University of Delhi. He is now a free-lancer.

Why Scheduled Caste Refugees of Bengal Are Resisting CAA and NRC