The transition from a state with special status into two UTs will mean that Jammu and Kashmir will have little power to govern its own.

Srinagar: With Jammu and Kashmir officially becoming two Union Territories (UTs) the political disempowerment of the restive state has come a full circle after 70 years. As a princely state, J&K enjoyed independent status for a short period of time. Other princely states in the Indian subcontinent were then choosing to be part of either India or Pakistan.

On October 27, 1947, Maharaja Hari Singh bargained a special position for this region within the Union of India which gave New Delhi control over the region’s defence, communication and foreign affairs alone. Everything else was exclusively under the jurisdiction of the state. “That day in 1947 marked the beginning of disempowerment of Jammu and Kashmir and its people,” says political analyst Noor Muhammad Baba. “Since then it has been the history of betrayals and loss of power.”

The countdown for political disempowerment started with the arrest of the state’s first prime minister, Sheikh Mohammad Abdullah, in what is known widely as the “Kashmir conspiracy case”. A low-rung police official carrying an arrest warrant for the state’s tallest leader walked into Gulmarg to arrest Abdullah, who was then kept behind bars for 13 years. A year after Abdullah’s arrest, New Delhi issued the 1954 Presidential Order that gave powers to the government at the Centre to extend provisions in the Indian constitution on matters other than the three agreed-upon subjects, to Jammu and Kashmir.

Since then, more than 45 Constitutional Application Orders have been issued, allowing New Delhi to extend laws and constitutional provisions to J&K, in violation of its state’s special position. The latest was the order that scrapped Article 370 and paved the way for the state’s bifurcation into two Union Territories (UT) of J&K and Ladakh under Jammu and Kashmir Reorganisation Act, 2019. 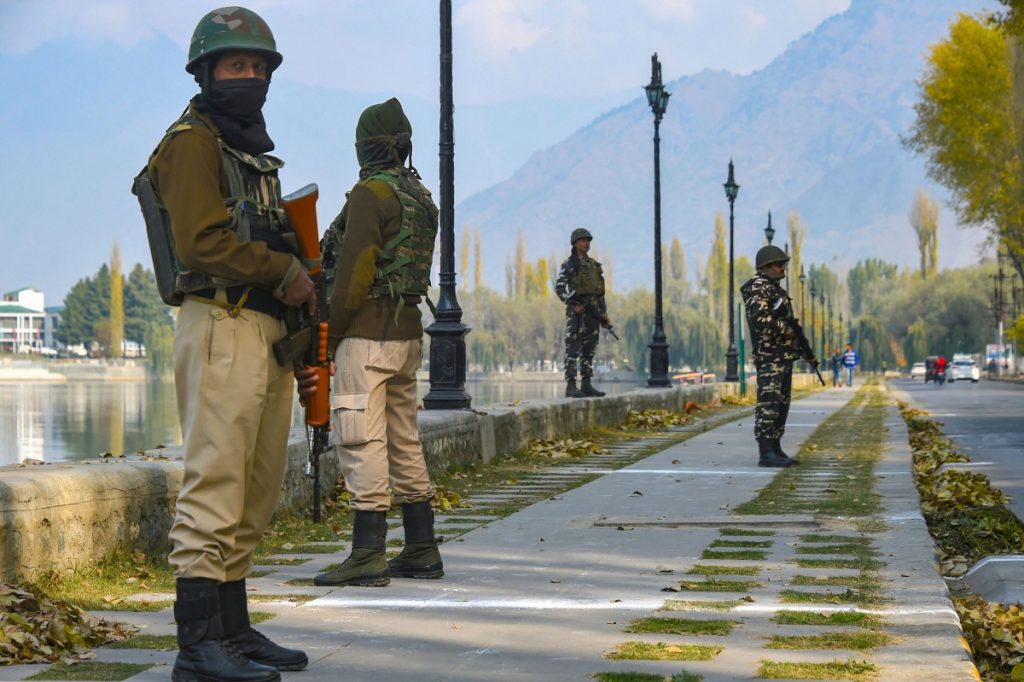 One of the biggest setbacks, however, came in 1965 when the then state government amended the J&K constitution, at the behest of the Centre, and took away the positions of Sadr-e-Riyasat (president) and prime minister in J&K.

“The prime minister’s position was downgraded to a chief minister’s level and the Sadr-e-Riyasat was replaced by the governor, a man handpicked by New Delhi to be the constitutional head of J&K. The subsequent Indira-Sheikh accord and Rajiv-Farooq accord paved the way for the surrender of more powers to the Centre,” says Baba. The state’s political class was accused of actively collaborating with the Centre to allow the erosion of J&K’s special position. “The successive state regimes were used to undermine the autonomy of the state as the state government’s consent was a must to recommend the extension of provisions of the constitution of India to J&K through Presidential Orders,” says Baba, adding that a substantial part of J&K’s autonomy was taken away by 1975 and it was brought down to the level of other states. According to Baba, during the past 70 years J&K had become less powerful compared to other states in India but the only area where it enjoyed supremacy over other states was in the continuation of Article 35A of the Constitution. Under the provision, the J&K legislature was empowered to make laws describing the state subjects. The provision protected the citizenship, jobs and ownership of the property while keeping them exclusively for permanent residents of Jammu and Kashmir. With Article 370 gone, Article 35A too stands abolished automatically, which has led to fears about the “design” under which the government of India is operating to change the demography of Kashmir. In one of his write-ups, constitutional expert A.G. Noorani observes that the special status of J&K in the constitution of India was “reduced to a husk; unconstitutionally and immorally.”

Another political analyst Ashiq Hussain sees the irony of the state’s mainstream parties being rendered powerless through New Delhi’s August 5 move. “They were all demanding more autonomy for the state and even some of them were backing the restoration of pre-1953 position,” says Hussain. “But the government of India has humiliated them all. In other places we have seen the transition and upgradation of a UT to the state level but in the case of J&K, not only was its special position taken away, but its statehood has also been snatched as well.” With its transformation into a UT, the powers of J&K assembly to legislate on various subjects has been lost to a major degree. From the “most powerful house” in the words of former chief minister Mufti Muhammad Sayeed, the J&K legislature now stands powerless. Under the J&K Reorganisation Act, the state of Jammu and Kashmir is downgraded to two UTs. While the Ladakh UT will function without an assembly, J&K will have a legislature.

J&K’s legislature has been reduced from bi-cameral to uni-cameral, described by many as the last nail in the coffin. In the new scheme of things, J&K’s assembly would have no powers to enact laws on police and public orders, which fall in the state list under the Indian constitution. The two are the most significant subjects and considered symbols of authority in Jammu and Kashmir which is in the grip of a 30-year-old conflict. These subjects were looked after by state’s home the department, whose minister in-charge would be the chief minister. Under the UT, the J&K chief minister and his cabinet’s position have been weakened further as well. The Lt. Governor will have the last say even in day-to-day matters. The elected regime will have no powers even in matters related to promotion and transfers of officers of the All India Services like IAS, IPS and IFS. All the powers will be exercised by the Centre through its selected Lt. Governor.

“J&K’s transition to a UT means that it will have no powers of its own and will be directly governed by the parliament and the Center,” says Baba. “This is the ultimate of disempowerment of J&K.”

Besides, the Anti-Corruption Bureau (ACB) would be directly controlled by the Lt. Governor. The move has already triggered fears within the political class that the institution would be used as a weapon by the Centre to rein in J&K political actors. From June 2018, the ACB has raided and served notices to several mainstream politicians and businessman in a drive which many see as the Centre’s tactic to pressurise the mainstream camp to maintain silence over reading down Article 370.

While Kashmiris mourn massacre of J&K, the same development is a source of sadistic pleasure to rest of India. The emotional gulf that exists between you & us couldn’t be any wider. You violated our consent & rights but will never control how we feel. Long live Kashmir inshallah “The LG’s would be the most powerful institution in J&K UT while the chief minister will be like his advisor. He can’t even have a say in the appointment of his principal secretary,” said a senior bureaucrat. “The government of India never respected the decisions taken by J&K assembly, not even the autonomy of the resolution that was passed by the house in 2000 with a two-third majority. Whatever little powers were left now have been taken away,” Hussain adds. J&K will also function without a legislative council which not only acted as an institution to keep checks and balances on the decisions taken by the assembly, but also witnessed fierce debates and discussions in its past six decades of existence. The council stands abolished from October 31. In the UT, the size of the J&K council of ministers has been trimmed to nine from 24, which makes the position of political parties more awkward. According to Sidiq Wahid, a noted political commentator based in Srinagar, J&K has been a “tale of deprivation of democracy.”

India Needs a Proper Refugee Law, Not a CAA Suffused With...